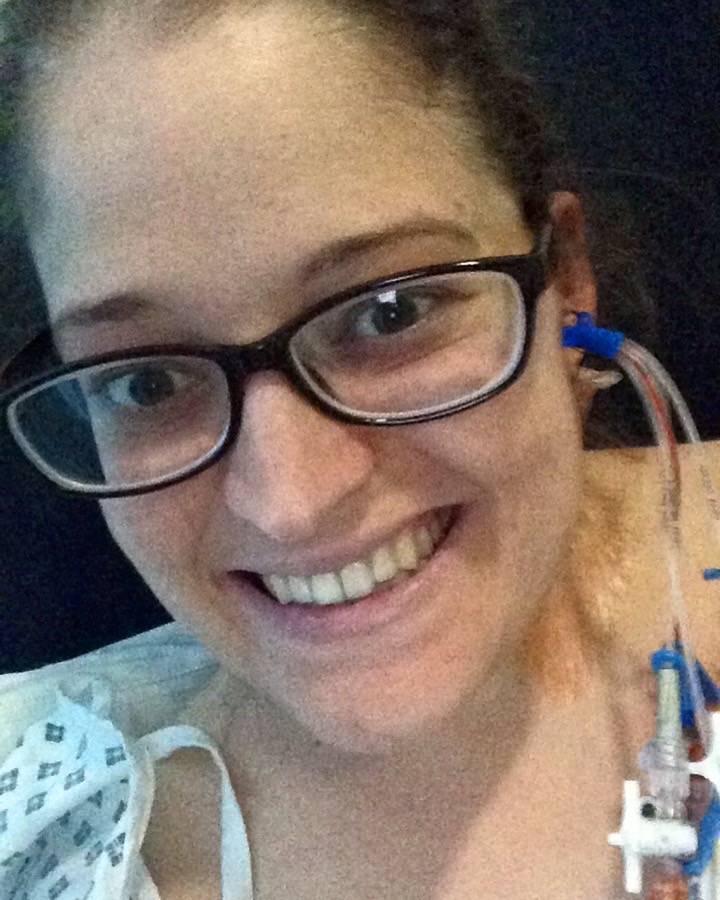 Everybody talks about The Power of Social Media, sometimes so much so that it seems like a cliche, but looking at my phone for the first time after surgery definitely made me a believer! I have never in my life seen so many texts, WhatsApps, Facebook messages, Tweets, Instagram tags, missed phone calls and other notifications. It appeared word had spread. I also promptly discovered that our plan to keep it secret from everyone still the NKF in Blackpool had failed miserably. People I hadn’t even met had tracked me down online and sent me messages!

I also discovered that Lindy had phoned the hospital several times during surgery for updates on me, and had been posting on my Facebook wall keeping everybody updated! Responding to all the messages (and taking the odd Very Drugged Selfie; hilarious, but hopefully never to see the light of day again!) took the rest of Day 0.

Somewhere along the way, somebody, I don’t remember who, asked me if I had a name for my new kidney. (Among transplant recipients, this is not as strange as it might sound! I promise!) For some reason, my answer was “Billy”, as in, Billy the Kid. As in, some sort of cartoon cowboy! I have not a clue why I chose this name, but it stuck. Billy the Kid it was.

I would love to say that Billy the Kid worked perfectly, that I felt amazing and my life has been happily ever after ever since. Unfortunately he didn’t, and it hasn’t.

I knew beforehand that because the kidney had spent quite awhile in transit being transported to MRI, it might be a bit “shocked” to be transplanted and not work straight away. At the time, I was ok with that, but when it actually happened, it was much more stressful than I expected it to be.

While everybody around me was saying things like “This is really common!” and “It will wake up!” and “Mine took XYZ days (or weeks!) to start to work!” I thought “I just KNOW I’m going to be one of those people who gets a transplant that doesn’t do anything”. This was not helped by my still having to do PD at night while I waited. All I’ll say on this topic is that post-transplant dialysis was an especially unpleasant experience.

Eventually, after the longest ten days of my life, Billy the Kid woke up. He didn’t go from 0 to 60 in a day (and to be honest he still hasn’t, even as I write this 8 months after transplant) but he worked well enough for the consultants to be happy, and to avoid needing to be biopsied, much to my relief!

On the 20-something of October, after 2.5 extremely long weeks, I was discharged from hospital and went to stay with some friends in Manchester. This was brilliant as it meant I didn’t have to go back to the city where I actually live, some 30 miles away, and could stay nearby for regular outpatient clinics and potential emergencies, of which there fortunately were none! Real life was slowly starting to resume.