The other side of the story; Dear Holly 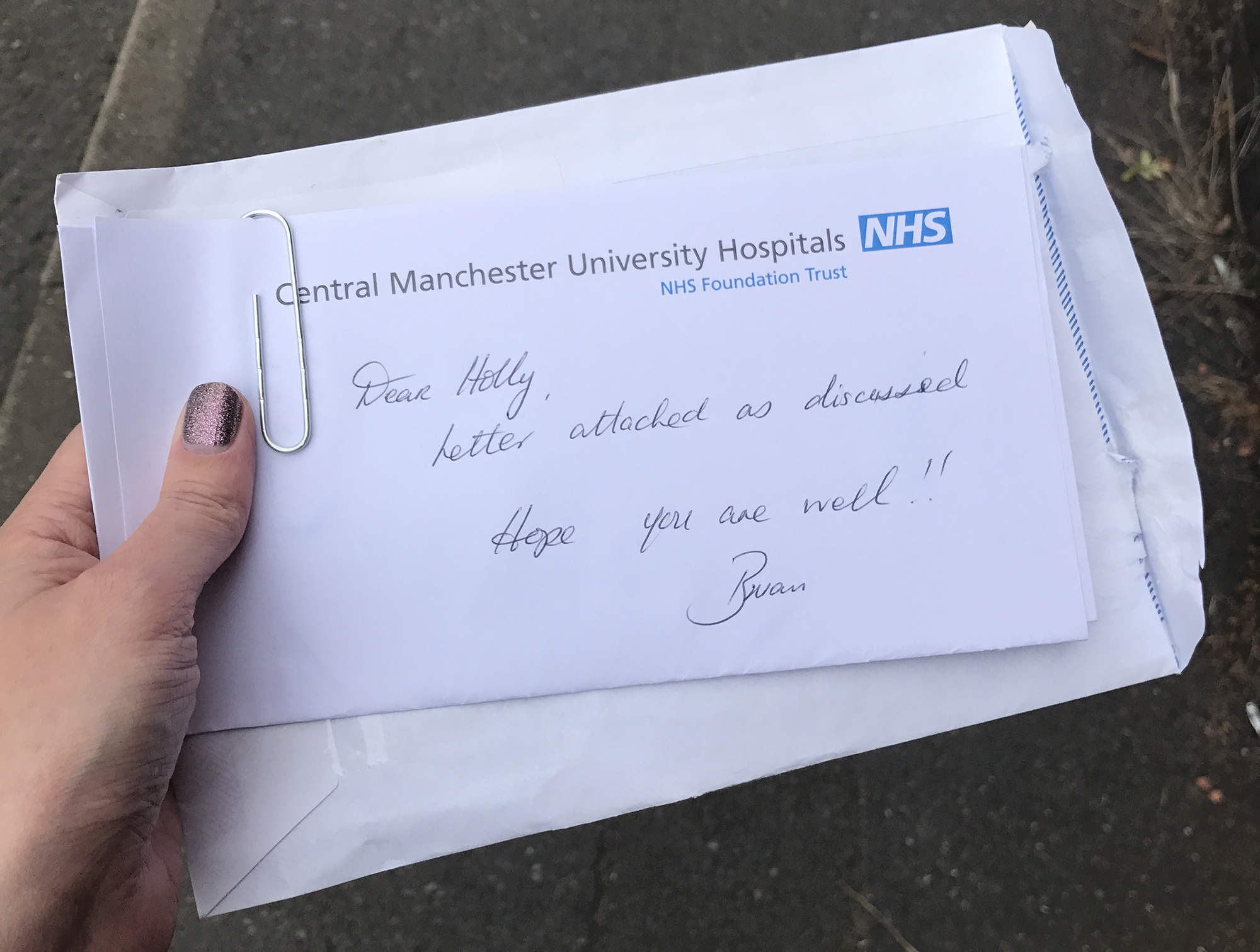 Several months ago, I mentioned having written a letter to the family of my donor. I did this not only to say thank you, but also because I wanted his family to see that I was a real, live person whose life has been changed by their loved one. I also wrote it knowing that out of the relatively small percentage of transplant recipients who send letters, very few ever hear back, so it was highly likely this would be the only opportunity I would have to correspond with them.

A few weeks ago, I received a phone call I thought I most likely wouldn’t get for several years, if I ever got it at all. Brian, the transplant coordinator at MRI, phoned to tell me that my donor’s family had accepted the letter I sent them back in May. He also told me they had replied, and asked me what I wanted him to do with what they had sent.

I was absolutely stunned to hear back so quickly, but knew immediately that I wanted to receive it, and even though I read it straight away, it took a bit of time for me to get my head around it all. Without going into too much detail, receiving a response from the family of my donor affected me far more than I expected it to.

One of his family members wrote openly enough so that although my donor’s identity is still anonymous, I have a fairly detailed picture of the kind of person he was, and the type of family he was part of. This is incredibly powerful.

I am, at least when it comes to this, a reasonably pragmatic person. I believe that this kidney is now mine just the same as any other gift would be, and I wouldn’t say that my donor is “with me” in any sort of spiritual sense, but I do feel like there’s a link there somehow.

While it goes without saying that I’ve always known this kidney didn’t “fall out of the sky”, and that the only reason I have it is because somebody else has died, reading the letter still gave me a sense of “Oh, ok, so this is who he was.” There’s a real person behind this, and another wider group of real people who miss him every day. Writing to say “I’m so sorry for your loss”, doesn’t seem adequate.

The person who wrote to me said that hearing from me helped them a great deal, and they were glad to know how much my life has improved since my transplant. They also told me it was my donor’s own choice to register to donate. I love that I know this, and that it’s what he really wanted.

Ultimately, the experience of exchanging letters, albeit anonymously, has made everything a lot more real. I first wrote to them with the intention of making sure they knew that something good came out of their choice to honour their loved one’s wishes for organ donation. I wanted them to know that their choice helped a real person. Through responding, they have done the same for me. I think about my donor every day, and now he has a name.

In part of my first letter, I told his family that I hope I’ll be able to do something with my life that honours his. For me now, this seems even more important.