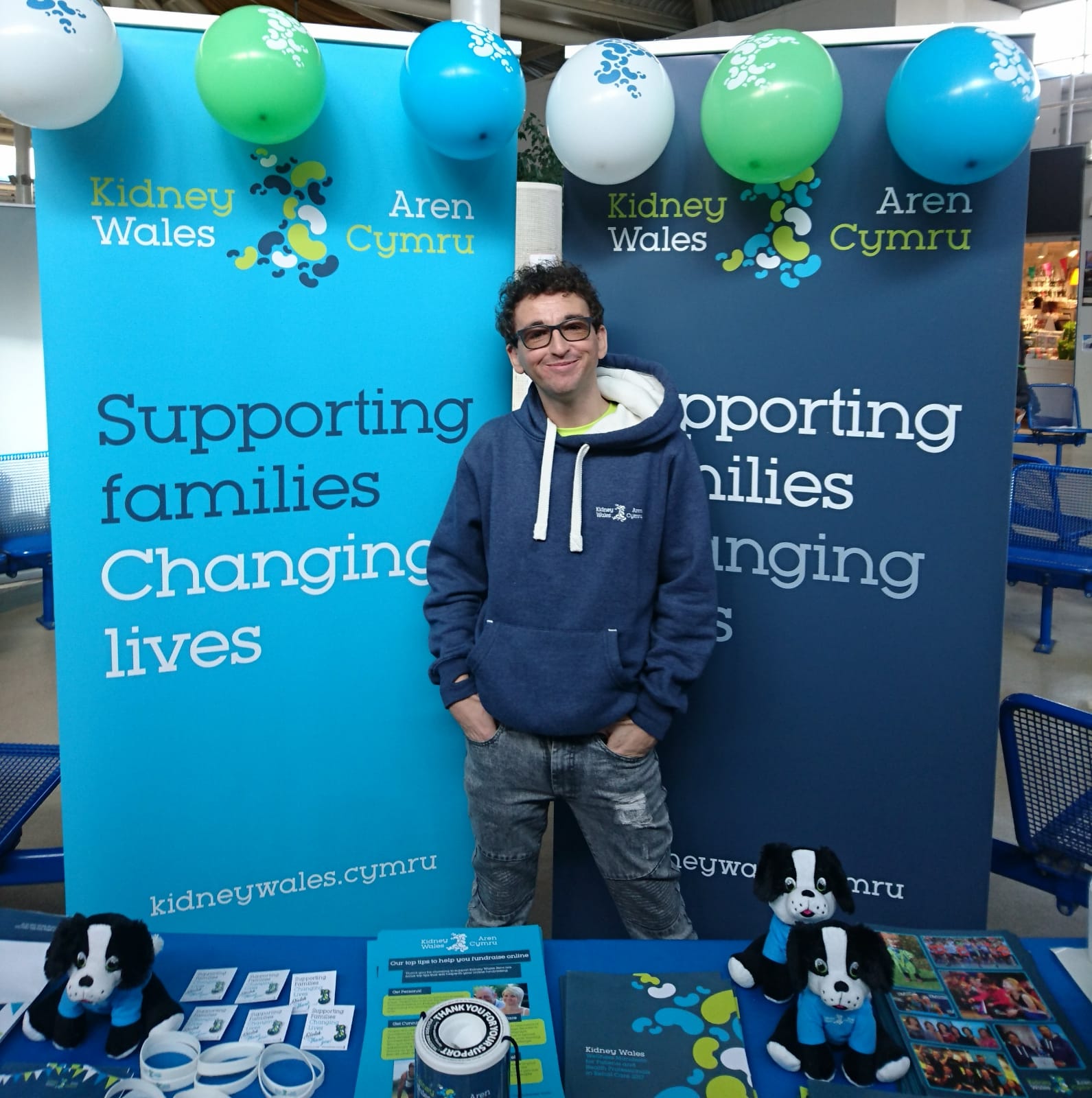 Today Brett is my guest blogger. He’s a Scottish guy in Wales and is an amazing example of what can grow out of volunteering, because he managed to get a job as a result of his experience! You can follow him on Twitter @Brettnay69.

My voluntary work started with me being part of young adults support group set up in North Wales, for ages 18-35 and included patients with chronic kidney disease Stage IV, Dialysis and Transplant. It was initially set up by two trainee psychologists and we met in a pub in a pretty central point in North Wales with the first few sessions being structured as that was what we had asked for as young adults.

My first group meeting was on “Relationships”. It was a great turn out and the young adults came from both hospital sites and this was the first time that many had met, as young adults are the minority within the renal world. With the topic being relationships, sex came up and a room full of twelve 20+ year olds went silent and quickly moved away from that topic!

As we continued to meet every month we found out that the trainee psychologist who was there every meeting was qualifying and that meant we would lose the service, as there was no one to take her place. Because of this, I volunteered to take on more of a role organising the meetings as I had seen how important and needed this service was. The first thing I did was start a closed Facebook group, so I had a source of contact with the young adults and could keep them posted about future events.

I continued this for a few months but by the winter the group meeting numbers fell off. This was extremely frustrating but the problem with North Wales is that it covers a large geographical area and with bad weather etc it was a challenge, however I didn’t give up with the group.

I started attending more conferences and finding out more about young adult support groups in the U.K. I then went along to a Kidney Wales conference and found out they had the Can Do Project which was their young adult program. I went along to more meetings with the Can Do Project. I was getting so much out of being part of these groups because having a chronic illness and being on dialysis can throw a huge spanner in the works when it comes to education, employment, confidence, self-esteem etc. Also, I had never seen myself working within the renal world as I spent so many years acting like I wasn’t sick and thought against the experience that I had for being in a renal world for 25 years.

Last summer I attended my first young adult activity week with the charity Climbing Out. This was a fantastic experience which helped show me that I could do activities like rock climbing, coast steering, abseiling and so on. I then went to one with Kidney Wales which was similar activities but also included surfing. It was just so empowering to do such extreme sports even though I had a chronic illness. Over the summer I spent a lot of time travelling from North Wales to South Wales doing stuff with Kidney Wales. At the same time I asked about getting the services up north as the charity has been around for 50 years.

Turns out that the charity was taking note of all the work I was putting in trying to make a difference in the lives of young adults in particular! In September when I was presenting with a fellow young adult and psychologist regarding our group to the renal network in Wales, the director of Kidney Wales offered me a position to become the North Wales Patient Advocate. This began as a voluntary position until the new tax year. My biggest challenge was waiting for my DBS so that I could speak to patients, but I used this time to network between the renal units in North Wales, which I have found was the most valuable time spent.

Because this was a new role, the medical side in North Wales was a bit hesitant, though I think my charm helped win them over, and the work I had already put in working with the young adults helped ease their minds.

I am now working part time which I am absolutely loving. The feeling of helping someone is fantastic and I am hoping my role will become full time. I can see a career and future of being in employment.

I would hugely encourage anyone out there who is out of work to go and see what voluntary work you can do as this looks incredible on your C.V. If you spend two hours a couple of times a year or more at an event a charity is holding, within those couple of hours you can build up skills like cash handling, public relations, marketing, team work, time management, IT skills plus you increase your confidence and self-worth. Also, you doing this in your own time shows future employers that you’re willing to work.